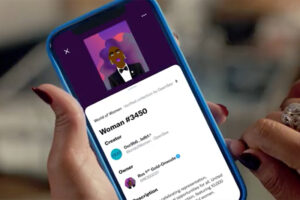 Twitter has launched a new feature that will allow NFT collectors to display their favourite digital artworks as a special profile picture. It is currently only available for Twitter Blue subscribers under its Labs umbrella, which gives users early access to experimental features.

While regular Twitter users can just set their NFTs as normal profile pictures, the new feature will display NFT profile pictures in a hexagon shape instead of a circle, just to let everyone know you own that image. If you sell or transfer the NFT, the profile picture will revert back to a circle.

Aside from immediately alerting others of your status as an owner, the new feature will let users learn about your NFT when they click on it, which would also display the name of the owner, creator, and its description. It currently supports six crypto wallets, namely Argent, Coinbase Wallet, Ledger Live, MetaMask, Rainbow, and Trust Wallet.

Unfortunately, the beta feature is only accessible to Blue subscribers on iOS, making it even more exclusive. Despite only accessible by those on Apple’s platform, other users will still be able to see NFT profile pictures regardless.

Interestingly, this could be the first step to Twitter’s potential introduction to the previously leaked Collectibles feature, which would allow NFT owners display their entire collection in a gallery on the platform. And just in case you missed it, the social media network also began supporting cryptocurrencies for its Tip Jar feature last year.

Twitter has been focusing a lot of the blockchain as of late, going so far as to form a special crypto team dedicated to working on decentralisation. It may not be the only social media platform to do though, as Meta is also rumoured to be working on NFT support for Facebook and Instagram, in a race to get a slice of the US$40 billion (~RM167.4 billion) global NFT market.