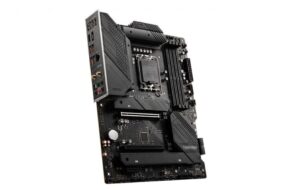 A recent report by Neowin discovered that Windows 11’s Secure Boot feature was broken on a majority of MSI motherboards. Apparently, that issue extends to both AMD and Intel-based motherboards.

As a quick primer, Secure Boot is a feature that is designed to prevent malicious software from loading, whenever a system boot up. This is done through a series of verification of signed drivers and Windows boot files. In MSI’s case, the process and settings within its motherboards have supposedly been set wrong, and for over a year, to boot.

Discovery of the Secure Boot issue was made by Dawid Potocki, a Polish security researcher, who found it during what was his routine check on an MSI Pro Z790-A WiFi motherboard. Within its BIOS, the feature was found to have been set to “Always Execute”, meaning that the motherboard would accept every OS image, without even vetting it. Over on the AMD Ryzen motherboard side, the issue with the firmware was found to be present all the way back to a B450 Tomahawk Max.

Potocki confirmed that the Secure Boot issue with MSI’s motherboards could be dated all the way back to Q3 2021. For that matter, the issue isn’t just limited to the most recent motherboard models; the goes back at least three generations for both Intel and AMD. Below is a short list of some of the affected motherboard models.

Again, this is just a handful of MSI motherboards affected by the Windows 11 Secure Boot flaw. You can check out Neowin’s report for the full list, which we’ve embedded in the source at the end of the article.