After years of uncertainty due to a global pandemic, 2022 saw a semblance of a return to the old normal. Restrictions and social distancing were lifted, enabling a return to economic and social activities.

But change is a constant, and nowhere was it more sweeping than on the political front where its volatility culminated in a hung parliament after the 15th general elections.

Malaysia was not spared from climate change consequences as flash floods and freak storms wreaked havoc. A tragic landslide claimed the lives of 31 victims at a campsite in Batang Kali in December.

Here’s a look at notable moments throughout 2022.

Jan 19 – National No.1 shuttler Lee Zii Jia resigns from the Badminton Association of Malaysia (BAM) to become an independent player. Lee was slapped with a two-year ban by the BAM which was later lifted. 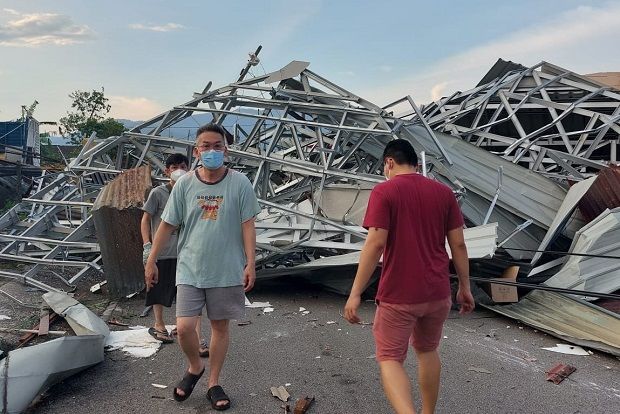 Feb 11 – The Malaysian United Democratic Alliance (Muda) is launched as a political party.

Feb 15 – Sarawak Legislative Assembly passes a Bill to rename the title of the head of the state’s executive branch from ‘Chief Minister’ to ‘Premier’. Sept 1 – The High Court sentences Datin Seri Rosmah Mansor to 10 years’ jail on each of three corruption charges involving a RM1.25bil hybrid solar project for 369 rural schools in Sarawak. She is appealing.

Sept 21 – Malaysia fully vaccinates 80% of its adult population against Covid-19. Nov 19 – The 15th general election (GE15) is held. The result is a hung parliament where Pakatan Harapan and Perikatan Nasional won the most number of seats. Dec 15 – A landslide at a camping site in Batang Kali claims 31 lives. Search and Rescue (SAR) personnel together with K-9 search dogs during the operations at the Father’s Organic Farm in Batang Kali landslide. – FAIHAN GHANI/The Star